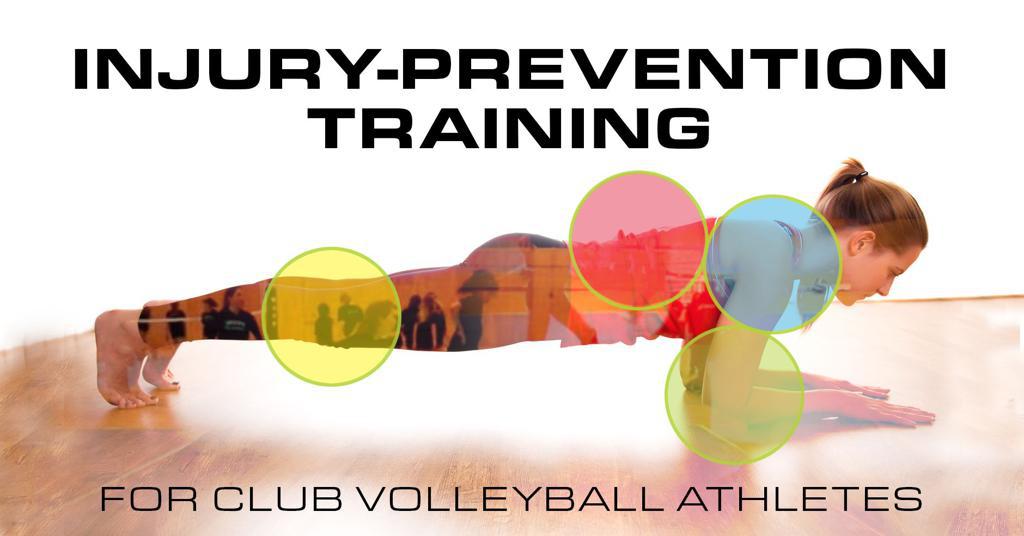 A torn anterior cruciate ligament (ACL) can put an end to an athlete’s season and even worse, their career. It’s a twisting knee injury that progresses with swelling over a 24-hour period and is commonly associated with a distinctive “pop.” It can be an extensive healing process with even more frustrating consequences. Too many ACL injuries are due to improper landings and quick changes in direction. In order to prevent this, athletes, especially volleyball players, need to be mindful of how they land on their feet after a jump and how quick they cut in to another direction. By learning proper form and techniques, athletes can prevent ACL injuries from occurring.

Improper landing and a sudden change of direction in volleyball can put players at a high risk for ACL injuries – particularly in female athletes. The jumping, landing and pivoting involved in volleyball all put stress on the knee’s ACL. If these swift movements are performed incorrectly, it can overwhelm the ACL’s ability to move the knee the way it’s designed to do.

Many clubs, such as Saguaros incorporate an ACL prevention warm-up that includes agility movements that can be performed at the beginning of practice.

Volleyball is essentially a right-hand player’s game – right-handed players make up 90% of those playing. In this case, volleyball players develop into one-handed hitters, only utilizing their dominant hand. If a player misjudges the placement of the volleyball, he or she has to quickly lean over to the opposite side to try and save it. This immediate change of direction, especially if the ball veers to the left, tilts the body in an awkward position and creates a dangerous situation of landing off-balance and with full-force. The knee is what takes the most torque as the player finishes falling – leading to a dreaded ACL injury.

Improper landing occurs more often than we think in volleyball, so how can we prevent awkward landings from occurring? Instinctively, volleyball players want to use their dominant hand no matter if they are on the left or right side of the court. However with frequent practice, players can learn how to develop skills on both their non-dominant and dominant hand – decreasing the risk of improper landing and injury. Because airtime is so quick when jumping up to hit the ball, players often land before they have a chance to readjust their body. By training athletes to hit with their non-dominant hand rather than attempt a dominant hand hit, the landing issue will naturally take care of itself. Using your non-dominant hand will not compromise the way you land and will allow a good vertical form landing.

It’s important for volleyball players to be able to hit with their non-dominant hand at all levels, but especially at a younger age. ACL injuries are extremely prevalent in young volleyball players. Younger players tend to make the most errors in judgment and should be given the tools necessary to solve these judgment errors. Coaches are a big part of the solution. For just a minute or two during practice or a warm-up game, coaches should have all their players’ practice hitting with their non-dominant hand until it becomes an automatic skill. The younger the player is when he or she gets good at using both hands during practice or a game, the better the player will be in the air when it’s time to quickly adjust before landing.

Combined with utilizing the non-dominant hand, athletes can reduce the risk of ACL injury with supervised training programs. Supervised training programs can help reduce the risk of ACL injuries, and help improve an athletes’ leg strength and jump-landing techniques. Proper training techniques can also enhance a player’s performance, increase acceleration and the ability to change direction. By following the proper training guidelines, players can also prevent injury with properly warming up muscles and cooling down after practice.

Additionally, volleyball players can reduce the risk of injury with Topical Gear. Topical Gear has designed an ACL Tube that applies T: 25 Technology to the medial hamstring and medial quadriceps. The ACL Tube applies topical pressure on both muscle groups, enhancing muscle tone and properly aligning the knee. In response to this simulation, the muscles are more likely to protect the knee, and become trained to optimize performance and reduce the risk of ACL injury.